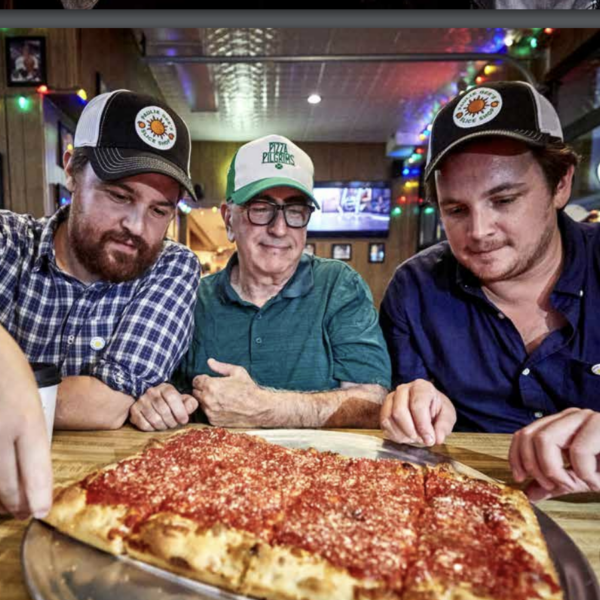 From Pizza Parties at home, to one of NY’s most revered Pizzerias. Paulie tells us it’s never too late to start your life in pizza.

Thom+James: So Paulie, we have to start with your pizza story. How did you end up getting into pizza so late in life?

Paulie: Well, I never really knew what I wanted to do in life and I ended up spending my life doing something I had no passion for. So, I started looking for other things to do. I loved to cook for friends and family and they kept saying I should open my own restaurant. However, the idea seemed daunting to me. A friend even came along who wanted to back me in a breakfast and lunch franchise business, but I didn’t want to follow someone else’s recipes. All the while, I just loved pizza and I realised that operating a pizzeria was simpler than running a full service restaurant. That realisation emboldened me, so I built a pizza oven in my garden and used that as a tool to get myself used to cooking pizza. I invited people over and experimented on them with my pizza recipes. This was in 2007 and I was blown away by my ability to actually make pizza in a wood burning oven. Slowly but surely my pizza gained traction and bloggers like Adam Kuban started to write about me. I’d always been a pizza enthusiast, so it was great to be making my own pizza successfully, rather than just eating other people’s. My love of pizza started in Trenton, N.J. They have amazing tomato pie down there. But my mind was really blown when I first tried a pizza at Totonno’s (who claim to be the first pizzeria in Brooklyn). Once I saw that I was able to make pizza that others would be willing to purchase I took out some equity from my house, found a few other guys who would put in the rest of the money, and we were off ! It was a total nightmare project, but we got there in the end. 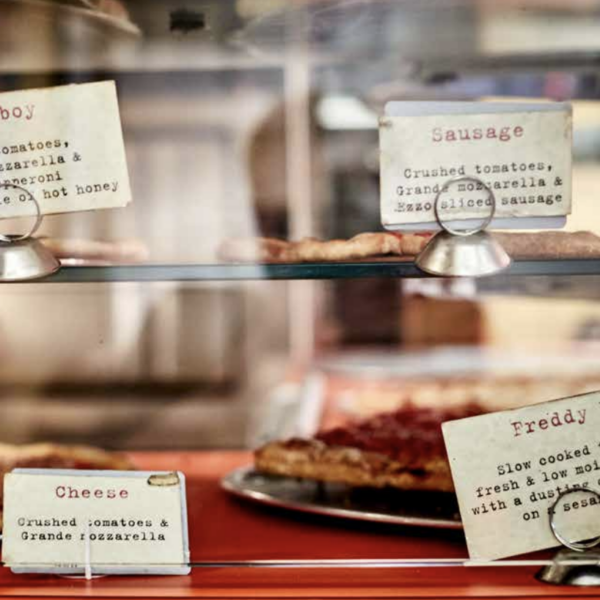 Thom+James: So, you basically went from running pizza parties in your home, to having your own pizzeria? No middle ground?

Paulie: That is correct. I just found out everything I needed to know by speaking to other pizzeria owners and listening to what they told me. They were all so generous with their knowledge and encouragement, especially Mark Iacono from Lucali’s, Mathieu Palombino of Motorino, Chris Parachini from Roberta’s and the guys at Nomad pizza, who had the same oven as me. But I started with Peter Reinhart’s American Pie pizza book and took it from there. Pies that I developed at home are still on my menu today… Obviously, I’ve been inspired by others for some of my pizza offerings, but then, so has everyone in the business. For example, I borrowed the Delboy, which evolved into the Hellboy, from Motorino, who had borrowed it from Fornino – and then you guys stole it from me!

Thom+James: How do you feel about pizzerias sharing pie ideas between them?

Paulie: I’m all good with emulating ideas. I do think they should pay homage though – it can’t be stealing! For instance, I was inspired by Roberta’s Speckenwolf, so I called our version the Specktacle 261 which is Roberta’s address. I have actually trademarked the Hellboy, so at least you guys can’t steal the name! 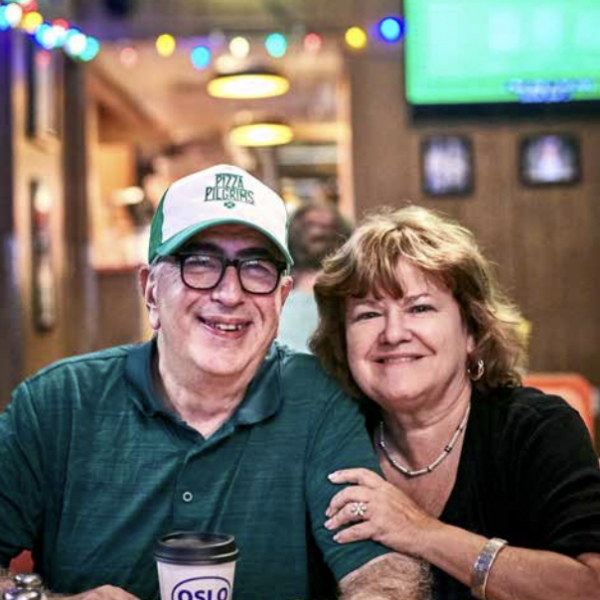 Thom+James: And was the pizzeria busy from day one?

Paulie: Sort of – people were very supportive. We got a big bump once we got a liquor licence. But it really kicked off when Mathieu from Motorino got me on a Food Network show because he wasn’t available. From that moment things went really went crazy. I was eventually featured on The Today Show which made things even busier

Thom+James: And where did the oven style come from? We love it!

Paulie: Well, I had a really ugly green oven at home, so I wanted something better. Something with an Italian feel but subtle. I saw a sun motif at the Sun Valley Ski Resort in Idaho, and I thought, that is the perfect thing to put on my oven to make it feel Mediterranean. I just added the word Napoli in cobalt blue, a couple of lemon bunches and my oven design was born. I showed pictures of my home oven to Stefano Ferrara in Naples and he created my famous oven. I was one of the first people in America to have one of his ovens! 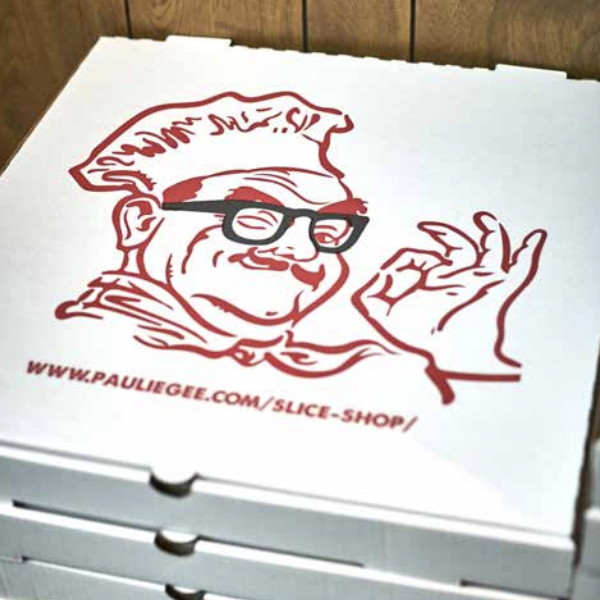 Thom+James: Talk to us about the punny names for your pizza – they are genius! Do the names or the pies come first?

Paulie: Well, that all came from Roberta’s, those guys started the pun thing. They were a great inspiration to me in general. Their place was like the Little Rascals had said ‘let’s build a pizzeria!’ and made me realise that I didn’t need $1M to make a great pizzeria. And they did punny names. I usually start with a music reference and take it from there, but I will never put a pie on a menu without a good name. I have actually gone with a great pie name even though the pizza sucked… A pie with spaghetti squash and lemon juice on it: Sergio Limone! Great name, awful pie! I took it off the menu very quickly.

Thom+James: And why did the slice shop come to be?

Paulie: I no longer wanted to put my woodfired pizza in a box because it loses much of its character, but the residents of North Brooklyn were disappointed that take-out was no longer available! Realising that NY-style pizza travelled and reheated well, I decided to open up a pizzeria that paid homage to the Brooklyn slice shops of the ’60s and ’70s.

Thom+James: Genius. Gotta respect the pizza! Final question then, why is pizza so important to the human race?

Paulie: That’s easy – because it is accessible. It’s delicious and high quality, but it’s still affordable. Everyone can afford to eat ‘the best pizza in the world’ and that is a rare thing in food. You might not be able to eat the best steak in NYC or drive the best car, but with pizza you can eat the best there is for $15, and even a lot less when it’s offered by the slice. People like to be able to say they’ve had the best.