Even if they didn’t invent pizza, you would think they did!

New York is, as a city, completely synonymous with pizza. We don’t think there is a street in Manhattan that doesn’t have a pizzeria (or 100 pizzerias).

New York has a place at the top table of pizza; a city that should not be missed on any pizza world tour (that’s a thing, right?). Here is a collection of our favourite spots. There’s a multitude of reasons why these joints made the cut, but ultimately it comes down to the pies, the vibes and the history!

We were blown away by this relatively low-profile slice shop serving great pizza in a cool setting. The pizza quality was excellent, but it was really the vibe that set this one apart for us. They’ve found a nice balance between pizzeria, dive bar and general hangout, and it was probably the closest we’ve come to feeling like we were eating pizza on a movie set. Also, and this is a nice touch, they sell both Coke and Pepsi, so we did our very own ‘Pepsi Challenge’ while we enjoyed our slices (spoiler: Coke wins). 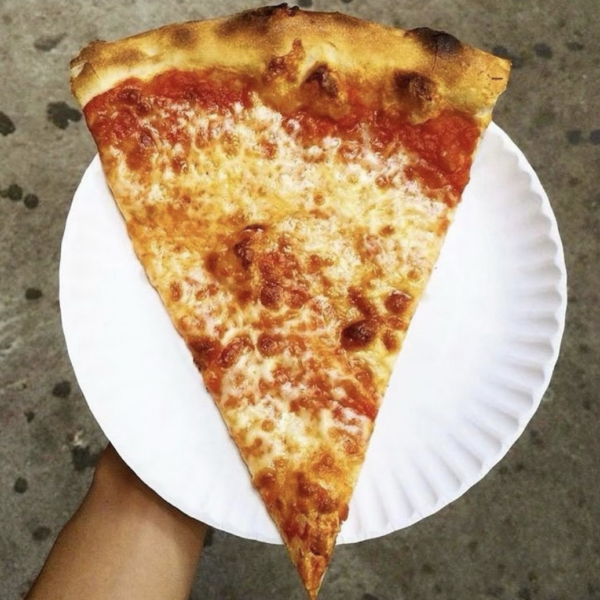 For us, this is as close as you can get to the NY slice you envisage in your dreams. The original Joe’s Pizza has been in the village since 1975, but there are a few dotted around elsewhere. This is a no-nonsense set up, but that’s exactly what you want from it. There is plenty of debate about whether to go for the plain cheese or the fresh mozzarella but for us the former is where it’s at. Add some Parmesan to your slice at the table (weirdly, it kinda feels like you are making it healthier by doing that…) and get stuck in. 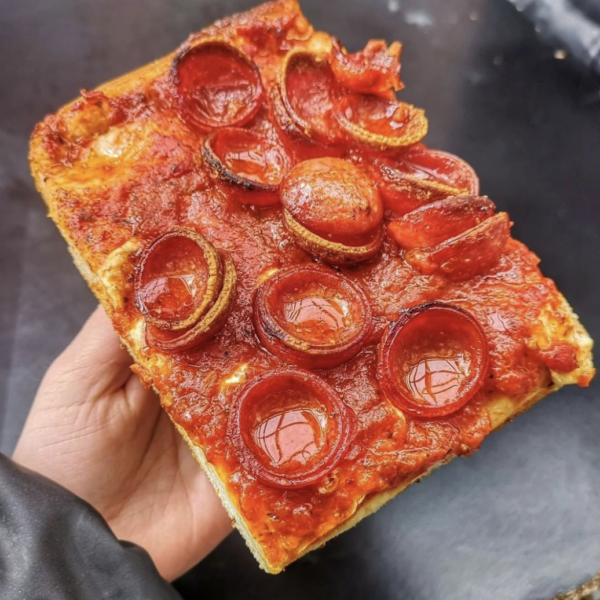 Prince St. Pizza is a little hole in the wall on, you guessed it, Prince Street. You won’t miss it though as it will have a long line of pizza lovers outside it at all times waiting for their fix. In this case, that fix is their world-famous square slice, most likely topped with the most perfectly cupped pepperoni you ever will see. This is a doughy but deeply satisfying pizza experience – one of our favourites in all of New York. There is little else to say, other than to make sure this one is on your list. 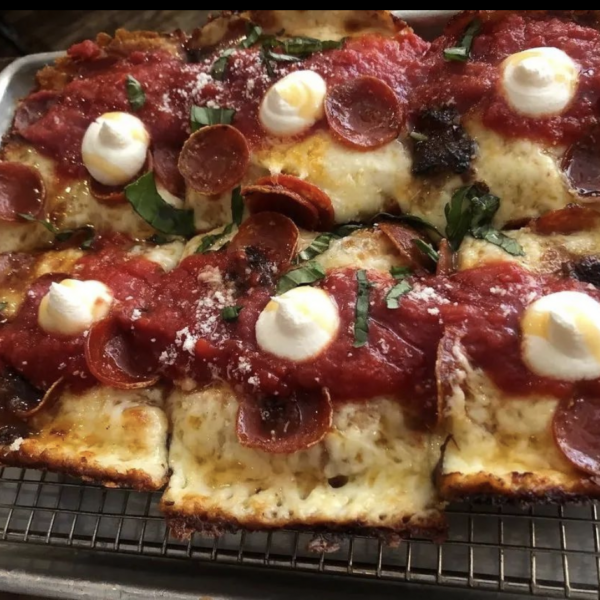 Paulie Gee is now a Greenpoint legend, having decided that, instead of retiring at the end of his career, he wanted to open a pizzeria to celebrate his love of pizza and entertain friends. The result? One of the warmest, buzziest, most inventive pizzerias New York City has to offer. The place has a unique family feel, with Paulie there almost every night greeting guests and sharing his homemade limoncello. Lacking the standard NYC badge of honour (longevity), the pizza has to do all the talking here – and it sure does. The menu is one of the most extensive and interesting we have ever seen and the Neapolitan-style pizzas literally fly out of the domed oven. So many of the offerings shouldn’t work but, somehow, they just do. And some of Paulie’s pizzas, such as The Hellboy, have become iconic. Alongside the original Neapolitan-inspired pizzeria in Greenpoint, Paulie has now also set up a New York slice shop. It’s a super cool place – straight out the ’70s interior-wise, with strip lighting and old-school Coke machines – but his playful inventiveness is there in plain sight. The sesamebased grandma slice is genius. As are the takeaway pizza boxes featuring Paulie’s trademark black glasses perched on the quintessential winking chef illustration. Definitely worth a visit!

If you like what ya see and want a few more tips, grab our book, inventively called..Pizza!